At MH Vicars School, we often say that a massage therapy career can be whatever you want it to be. Carly Turner and Gwen Evans are a great example of this. Carly and Gwen were classmates at Vicars, and graduated in 2018. They now work together at Theralleve Therapeutic Massage and Wellness Clinic in Calgary, which Carly owns. Both Carly and Gwen offer a wide range of therapeutic massage treatments, but what really makes their clinic stand out is how clearly the two of them have been able to develop and communicate their professional philosophies. They both have a very clear idea of what kind of massage therapists they want to be. This important because it not only motivates them, but helps them find and retain clients who share the same goals.

Our Edmonton Director Robin Collum recently had the opportunity to talk with Carly and Gwen, and they were having such a good time that they couldn’t bear to cut it short! So we’ve broken the conversation into two parts.

Part 2, the three of us talked about the business of massage, opening your own clinic during a pandemic, and they offered some wise words to current and future Vicars students! Watch the video of our conversation, or read it below.

Carly, you’re the owner of Theralleve Calgary. Can you tell us a little bit about the clinic?

Yeah, perfect timing! It was like, “Oh, the economy’s kind of bad…let’s just add in a pandemic!”

So we did end up closing for a little bit, but we reopened our doors in July and we’ve been going ever since. And it’s been a really amazing, interesting, big experience for me especially.

It’s something that has always been on my radar as something I wanted to do, and there was an opportunity in 2019 to kind of get things going and open up a clinic.

Gwen and I had gone to school together and created a really strong friendship, and we were just kind of like, “You know, let’s take this and run with it.”

And now here we are.

Had you planned on opening your own clinic back when you were in school? Did you always have dreams of being an entrepreneur as well as an RMT?

With our school curriculum, we had the added bonus of doing that business assignment, where it’s essentially plotting out how you would open a business. I remember that mine was very specific to cancer-related massage. But I had definitely thought of it as a “five years later” kind of plan.

So this kind of came a little bit sooner than expected, I would say.

But I’ve always had a very big entrepreneurial spirit. So taking something on like this, knowing that I interact very well with other people, I kind of rallied up that response of “What do we need to do?” and doing the research and the planning behind it…I’m certainly not afraid of that kind of hard work.

That’s why it’s been such an experience, because it wasn’t something for me that was necessarily planned so soon. But, you know, here I am doing it!

It sounds like it’s been a baptism by fire.

Kind of, yeah. But it’s been great. And I’ve had such wonderful people surrounding me and supporting me, including Gwen. I can only really be as good as my team and my team is pretty awesome!

Do you have any wisdom or advice to share with anyone who might be considering a career massage therapy?

It is very much a “You get what you give” career. If you don’t put any work into it, you’re not going to get a lot of out of it. And it’s not the easiest one, but it is probably one of the most rewarding. So stick with it, get through it. The curriculum is worth it.

And just be ready to be a bit self-starting. Even if you’re working under an employee contract instead of being an independent contractor, you’re still going to have to try and reach out and prospect for those clients. So just be ready to do that a bit too.

Anything to add to that, Carly?

Gwen knows this, because as I said we were first year together, but I cried a lot in first year. I was frustrated. I just was like, “I don’t get this. I’m not sure I’m getting it properly.” Because there’s just so many nuances involved with massage. Nobody’s going to tell you “This is the exact pressure you need” or “That’s the exact symptom that’s going to correlate to that exact cause and effect,” and everything else.

I definitely agree with Gwen that you get what you give. Because there’s going to be a lot of challenge in it, in terms of just making sure that you are putting in the time and that you’re trying to study all of those muscle groups, and you are trying to learn what is out there, and what is being given to you.

And I mean, at MH Vicars, you’ll have amazing, amazing teachers. So that really helped.

I was just actually telling Gwen recently, it’s amazing how much has stuck and how much has deepened in our knowledge base for what we’re working with, each time we massage.

So, I mean, yes, you have to be personable in order to be a massage therapist. That’s kind of a given, but it’s amazing how much you can really learn and then eventually you can just trust the process.

And then as you’re working, you know, you might not remember all the Latin origins and insertions, but you know what you’re working on. And you know how to affect that muscle and what you can do about it if something happens. And that’s the beauty of it! Just acknowledging that you will get there.

Don’t forget to check out Part 1 of our conversation, in which Carly and Gwen talked about their approaches to massage therapy. 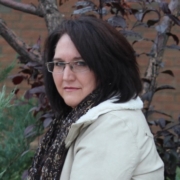 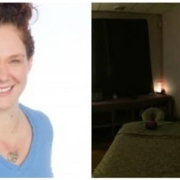 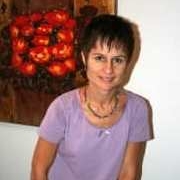 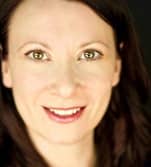 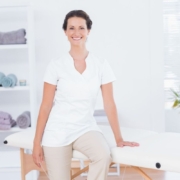 The Anatomy of a Great RMT: The Top 5 Qualities All Amazing Massage Therapists Share

Find Your Work-Life Balance as a Registered Massage Therapist

Join our fundraising team for Coldest Night of the Year 2021!
Scroll to top