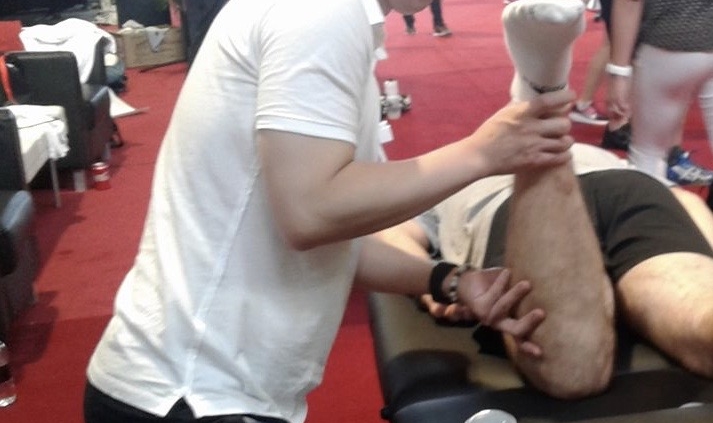 Wherever Ryan Kim has gone since graduating from MH Vicars School, his Vicars education has opened doors for him.

When he first graduated in 2018, Ryan felt confident enough in his own skills to start his own massage clinic in Calgary. 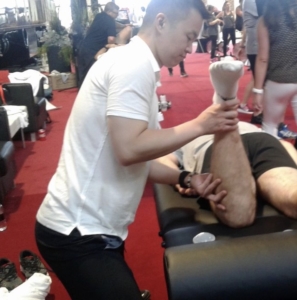 Ryan Kim volunteering at the Spin For A Veteran charity fundraiser

“I absolutely felt prepared, and I could start right away. Whatever was thrown at me, I could handle it,” he explained. “Some of the things that I learned in school that helped me included how to treat clients with a disability. The special populations clinics [in second year] helped me a lot.

“If my clients had different pathologies, I was able to treat it without hesitating. There were a couple of clients that I treated that were paraplegic, and I was able to assist them from the beginning to the end of the treatment.”

Ryan had gone back to school once again after graduating from Vicars, enrolling in a traditional Chinese medicine program. He plans to combine those skills with his massage career when he’s done. But he eventually found that running his own clinic while studying was hard to maintain, so he shut down his business and began looking for a position at another clinic.

Ryan found that the school’s reputation preceded him, and gave him an advantage when applying for jobs.

“When I applied for positions, I had clinics call me back right away—and a couple of the clinics said that they were calling me because it said ‘MH Vicars’ on my resume,” Ryan said. “MH Vicars graduates have a good reputation amongst clients, and with other therapists. At clinics I’ve worked at that have had MH Vicars graduates, they are busy, knowledgeable, and very pleasant to work with.”

Ryan eventually landed in a practice in Lake Louise, Alberta. But his career evolution didn’t stop there. He had dreams of moving to Vancouver, and practicing massage there. But that’s not as simple as it sounds: unlike in Alberta, massage therapy is a regulated profession in BC. So he knew that he would have to pass an entry-to-practice exam in a regulated province to be able to practice there.

But he knew that his Vicars education had prepared him for this challenge, too. The entry-to-practice standard (the knowledge and skills that a massage therapist needs to have in order to be registered) is the same in all regulated provinces, and there is a standardized curriculum schools in those provinces have to follow. Though it’s not mandatory in Alberta, MH Vicars School teaches that national standard.

Ryan decided to take the entry-to-practice exam in Newfoundland, because the process is shorter and less expensive than taking the BC exam. He knew he’d be able to succeed, because several of his classmates had taken it the year before.

“One of my classmates said, when I turned to her for advice for the exam, ‘The school prepares us well and you have everything you need to pass the exam.’ I can’t agree more,” said Ryan. He took the exam in December 2019 and learned that he’d passed a few weeks later.

“I can’t thank the teachers, staff, and the school’s curriculum enough. It not only allowed me to pass the entry-to-practice exam in a regulated province, but also is it guiding me how to become a better therapist even after graduation.”

Temporary campus closures due to COVID-19
Scroll to top