Have Skills, Will Travel: Vicars grads train in Alberta to work in BC 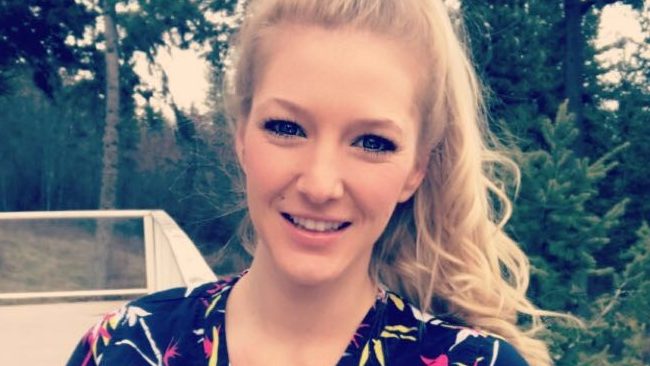 With the right education, massage therapists can train in Alberta and then work in a regulated province like BC.

Karen Goforth wanted to become a massage therapist for the same reason that so many Vicars graduates are drawn to the profession: she loved getting massages and she was impressed by how massage had helped her recover from the injuries she developed from her active lifestyle. She was also keen for a career that allowed her to work for herself and set her own hours.

But there was one problem: Karen lives in Creston, a small town in southeastern BC.

So Karen needed to find a massage education that would prepare her to work in BC – where massage therapy is a regulated profession, with a rigorous entry-to-practice standard – but she didn’t want to have to move.

Enter MH Vicars School. The program felt tailor-made for Karen: a blended-learning program that fit her schedule and learning style, with a curriculum that would prepare her to write the membership exam in a regulated province once she graduated.

“I knew that if I worked hard in the program, I would be likely to pass the exams that I’d have to take afterwards. I did a lot of research,” says Karen. “I’m not much of a classroom person – I find it hard to sit and listen to a lecture – so the fact that it was only four classroom days a month worked really well for me.”

Karen’s story isn’t unique within the Vicars community. In fact, she was one of almost a dozen Vicars graduates who successfully became registered massage therapists in a regulated province last year alone.

Massage therapy is an officially regulated profession in only four provinces: BC, Newfoundland and Labrador, Ontario, and New Brunswick. Each of these provinces has a regulatory body called a College that oversees the profession, and determines who can call themselves an RMT.

If you want to practice in one of these provinces, you have to become a member of the College by passing an exam to prove that you have the right knowledge and skills. The four provinces have all agreed to follow the same standards for membership, and all massage schools there have to teach the same content. So whether you visit an RMT in Toronto or Fredericton, you know that they will both have the same basic qualifications. And once a therapist is a member of one College, they can transfer to another regulated province without having to sit the qualification exam again.

All regulated provinces have the same competency standards for new therapists, but the membership process for out-of-province applicants varies. So Karen and her classmates faced a choice: which provincial exam should they take if they wanted to work in BC?

The answer was Newfoundland.

While travelling to Canada’s easternmost province in order to practice massage on the West Coast seems counterintuitive, it actually made perfect sense. Compared to BC’s College membership process, the route to becoming an RMT in Newfoundland was significantly faster and simpler.

In 2017, BC required each therapist to apply and pay a fee to have their credentials reviewed, and then pay for the credential review itself. If accepted, there was a fee for the exam itself. There were only two exam dates per year; the Vicars group wouldn’t have been able to write their exam until March 2018. (At time of publication in May 2018, the BC College was in the process of updating its out-of-province application process and was not taking new applications).

Meanwhile, the College of Massage Therapists of Newfoundland and Labrador has approved the Vicars curriculum and the only cost was for the exam itself and of course the trip to St John’s in August 2017. Karen and her classmates just had to apply for the exam. We sent electronic copies of their documents to the College.

Once Karen passed the Newfoundland exam and became a member of that College, she contacted the College of Massage Therapists of BC to transfer her credentials. She officially became an RMT in January, and her Creston practice is already flourishing.

“I have three treatment rooms and a little reception area, and I’m smoking busy! In the next couple of years, if anyone wants to move to Creston, send them my way – because I’ll be looking for more therapists!”

Come back next week to learn more about Karen and her classmates’ experience taking the registration exams in Newfoundland, and read their advice to therapists who want to follow in their footsteps.

Let’s Face(book) It: RMTs Need To Be On Social Media

Have Skills, Will Travel, pt 2: From Newfoundland to BC
Scroll to top